KEM ONE - Teamwork by Steuler Linings

KEM ONE is one of the leading manufacturers of chlorochemical and PVC products in France. At its site in Lavera, the company produces chlorine which is then converted into methyl chloride, iron chloride and vinyl chloride monomer (VCM) via a variety of processes.

In the spring of 2019, STEULER-KCH France won a large order to line a brine tank at its long-standing customer, KEM ONE. An invitation to tender for the plastic pipelines that connect to the tank was also issued, and two months later, together with the Steuler Subsidiaries STEULER-KCH (Plastic Linings Division) and Alphaplast were awarded the contract for this too. As a result, KEM ONE benefited from having a single point of contact for the entire project. The project in the South of France commenced in late summer. 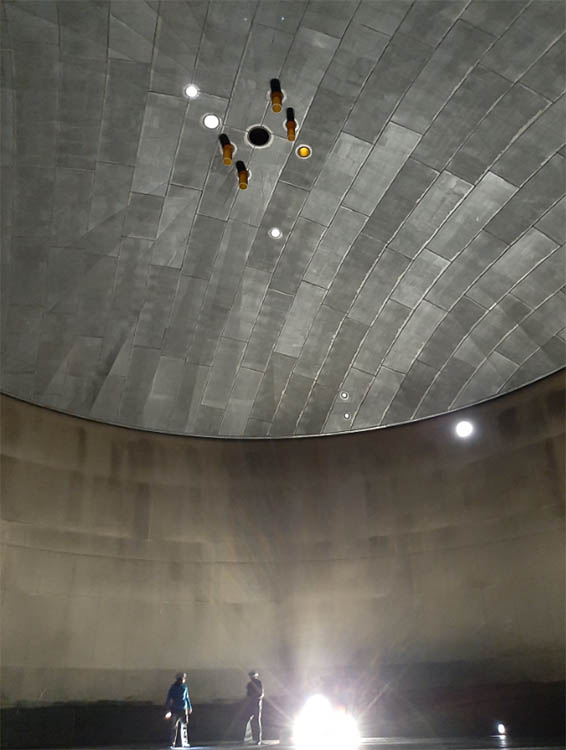 The storage tank that was to be lined measured 24 metres in diameter by 15 metres high and was fitted with a domed roof. The material chosen for the job was Vulcoferran 2206, 4 mm, a self-vulcanising soft rubber lining. A double layer of the lining was applied to the floor. 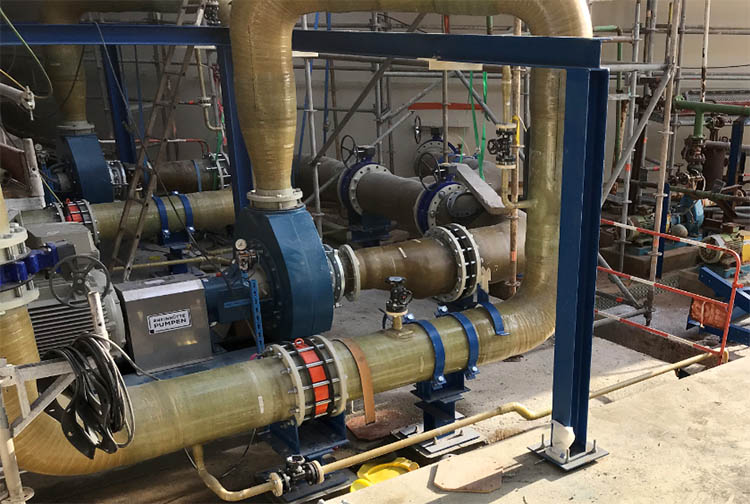 During the three-month installation period, a total of 26 installation technicians worked on the project, which was overseen by a supervisor from Steuler France and one from the STEULER-KCH GmbH Plastic Linings Division. In addition to our own installation technicians, an additional ten lining specialists from the subsidiary STEULER-KCH Polska were employed on the job too. 14 plastic pipe fitters installed around 1.5 km of pipework, which now connects the new tank with the existing plant. Various pipes fabricated from composite materials (PP-GRP, PVC-GFRP) were supplied as well as pipes made from pure GRP that were manufactured by Alphaplast.

A number of challenges had to be overcome with this project: Once the tank had been blast cleaned and the underlying surface treated as specified, the tank had to be cooled as a result of the extremely warm outside temperatures during the day. Because of this, it was usually only possible to apply the rubber lining at night, as this was the only time when the ambient temperature and the temperature of the steel were within the limits specified by the processing instructions. The supporting steelwork for the pipelines was constructed during the day, and the pipes installed thereafter. This required close coordination between the installation teams, and they did an excellent job of it.

The tank project was eventually handed over to KEM ONE on time and the plant started up again in November 2019 as planned.